The final quarter of 2020 saw some much-awaited positive returns within global markets. The announcement of vaccines being developed and rolled out was welcomed with open arms by investors as the public gained hope that we may begin to see a return of normality in our lives. However, the emergence of a new, more infectious variant of the virus, bringing with it new lockdown measures in the UK, has kept the virus at the forefront of our thoughts.

In the UK, we were provided with an end to confusions around Brexit as the deal was announced on Christmas Eve. While some work remains on reaching a fully complete deal, we have reached a stage where we can focus our efforts on coming out of this pandemic to recover the economy whilst retaining stability within financial markets.

Over in America we saw a highly competitive presidential election. Despite the friction and protest we saw from the Trump campaign, with some accusations seeing themselves through to the final days, Joe Biden did eventually emerge victorious as the United States’ 46th President. Biden coming into power brings the likeliness of further stimulus being injected into the economy and a possibility of providing some reassurance to those who have been deeply impacted by the financial effects of the pandemic. The complex international circumstances with regions such as China and Iran remain, though Biden is not expected to address these issues until the pandemic is comfortably dealt with.

Central banks continue to keep interest rates low in an effort to retain economic activity within the global economy, keeping in line with economists’ prediction of policy makers to maintain rates at low levels for the time being.

Global equities breathed a sigh of relief at the announcement of a vaccine being developed, with the most deeply impacted regions such as the UK’s FTSE market and the Euro Stoxx Index bursting back to life with the news of vaccines being rolled out. American markets, being more tech focused and arguably more concerned with the presidential debate, were less impacted by the positive news but along with the rest of the world the region enjoyed positive growth in the quarter. However with the administering of the vaccines being costly and time consuming, we have seen the western economies settle down, particularly with recent macro-economic data suggesting the UK could be in for a ‘double dip’ recession if action is not taken soon to combat the financial impact the virus has had on us all.

While we see stagnant movements within western markets, we have seen the Asian and Emerging market regions demonstrate a continuation of the positive trend within the markets. As shown in the chart above, the indexes representing Asia, Emerging Markets and Japan are all on an upward trajectory, indicative of the regions’ readiness to move away from the grasp of the pandemic. With more vaccinations rolled out each day, we are hopeful western markets are due to follow this positive trend soon.

It is our view the short-term outlook for financial markets will continue to be dominated by the pandemic. The speed in which we roll out the vaccines will dictate how we expect to see global markets react in the coming months. Sadly, the financial impact which the pandemic caused has damaged some companies beyond repair whereas it has given a new lease of life to others, taking them to new levels of growth. We witnessed a trend reversal in the final quarter of 2020. Many companies hit hard by the pandemic ended the quarter as the top performers, seeing significant rises in their share prices. However, the investment managers we work with, as part of our investment planning services, are mindful to not chase this short-term trend, preferring instead companies with strong balance sheets and positive long-term growth prospects.

Given the effect lockdowns around the world have caused, we see increased debt levels from both individuals and businesses. Pairing this with the delicate situation global markets face, our investment management sources have expressed the view interest rates will remain low for the foreseeable future. This bodes well for the types of businesses they continue to seek for our clients.

In his campaign, Biden was a big advocate of tackling climate change. True to his word, he was in office for a matter of hours before returning the US to the Paris climate accord. The United States will now therefore re-join the international effort to curb those activities charged with warming the planet. It was his predecessor who withdrew the country from the deal during his time in office, so it is inspiring for us to see such prompt action from the new president. This provides us with the belief we will see a more global approach towards sustainability from this point forward.

Want to find out more about how you could benefit from PKF Francis Clark’s Services? Get in touch with us today!

Speak to our advisers now 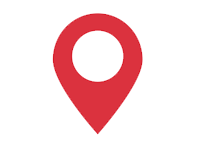